Lately, as you are all aware, I have lots of time on my hands. Usually I would be happy filling my days with lady-of-leisure activities, and I have been. However, I have imposed a new rule upon myself: one “outing” per day. For someone who can have back-to-back coffee dates and catch ups, this is a big change in my life. So how do I fill the extra hours spent at home?… Eating, writing, attacking 1000 piece-puzzles, cooking…and now indoor cycling, thanks to my indoor bike trainer that was kindly donated (you’re the best, Richard Leong).

Some people can happily watch DVD’s all day – I wish I was one of them. I seem to have an inability to watch a whole movie without falling asleep, or being distracted with my iPhone or laptop. Watching a movie during the day results in a 90% chance I will make it through to the closing credits, unfortunately movie nights for me are definitely a thing of the past. Especially during chemo where bedtime is sometimes 6:30pm. The majority of my friends will know that I am technically-inept. I know the basics around a computer, but when someone starts talking to me about ‘streaming’ or ‘downloads’, I am transported back to a 50s housewife with my cooking apron on (and a martini in hand), saying ‘Pardon, dear?’

Luckily with the technology advances today, there are companies that provide a service for the likes of myself. Meet my new friend: Quickflix. I now have a variety of shows and movies available at my touch of my fingertips. Unfortunately, I cannot speak highly of this company, their range is limited – did you notice I only said ‘friend’, not ‘best friend’. I do however have one thing to thank them for: Breaking Bad. I have heard friends talking about this show, my Facebook Newsfeed was inundated with messages about Hank when the show ended. Who was Hank? What is everyone on about? (yes it’s been around for 5 years! I tend to live under a rock when things are new and get involved just as the show finishes)

For those who have never seen Breaking Bad, or heard of it, here is a quick synopsis…

“Breaking Bad is an American crime drama television series set and produced in Albuquerque, New Mexico. Breaking Bad is the two-year-long story of Walter White (Bryan Cranston), a struggling high school chemistry teacher who is diagnosed with inoperable lung cancer at the beginning of the series. He turns to a life of crime, producing and selling methamphetamine, in order to secure his family’s financial future before he dies…”

Earlier this week my next instalment from Quckflix’s arrived: Breaking Bad, Season 2. (they only post DVD’s rather than stream the early episodes…punishment for living under a rock).  The oncology ward has DVD players available. Winning. There is something very comforting about watching someone else battle cancer, simultaneous to yourself (although there has been more references to “chemistry” than cancer in the past few episodes). I think it’s much like watching Air Crash Investigations while working as Airline Crew. Knowledge is power: the more you see and know, the more comfortable and in-control you feel about the situation…even if it is fiction. Even more so, watching shows that depict people receiving chemotherapy, I now know why people have such a bad image etched in their mind about this process. Hollywood does not paint a pretty picture. I know it’s true that chemotherapy CAN be as bad as depicted, but not always (always the glass-half-full for me). I still feel that physically, I am sailing through treatment – talk to me in 12 weeks and we can re-assess my view on this.

So why am I talking about a TV show on chemotherapy day?…Well, I have switched to a new drug that NOBODY has ever had a reaction to (well I’m not 100% sure about this, I haven’t done my usual research). Meaning: no pre-meds. Second meaning: No ‘battle of the eyelids’. Third meaning: DVD and relaxation was on the cards.

So, the Million Dollar Question…

No reaction. No drama (well, it took two attempts to get a cannula in, but that’s forgivable). *golf claps*

The new combination consists of three drugs: (F)fluorouracil, (E)epirubicin, and (C)cyclophosphamide. I’m hoping by week 12 I will be able to pronounce all the names, correctly! (F) and (E) are given manually by the nurse pushing them through the IV line. She wheeled up close next to me (lucky I don’t have personal space issues) and worked her way through five large syringes full of drugs. She kept asking “Are you OK? You look worried.” I had my serious face on, apparently. After all the hard labour by the nurse, she attached the final bag of drugs (C) to my IV. This would take an hour to run through. PERFECT! That’s one whole episode of Breaking Bad. DVD in. Earphones on. Relax.

After all the drugs had successfully made it through my bloodstream, I felt like a movie star having won an Oscar. The whole oncology department were thrilled for me. Congratulations were thrown around the room and I asked if I would get a gold star on my chart…or an upgrade to the corner suite.

Four hours later, I am back home. Job done.

*** Side note: Breaking Bad was filmed in 2008. I personally think the medical world has progressed by leaps and bounds in the past 5 years. Kudos to the anti-nausea drugs. I have been warned that the new drugs I will be receiving: FEC, may cause strong nauseating effects. ‘May’ is the key word here. It also, may not. 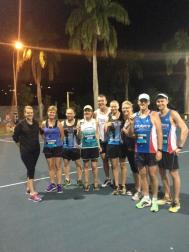 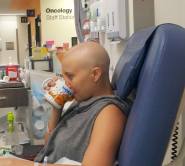 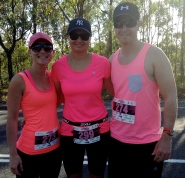 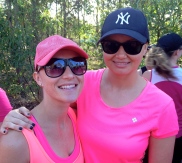 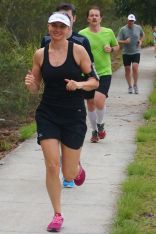 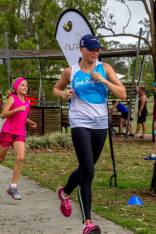 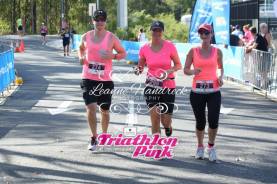 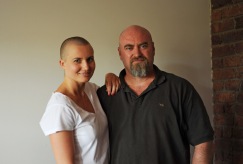 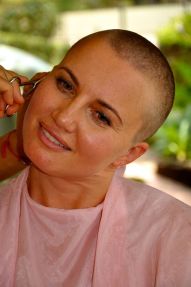 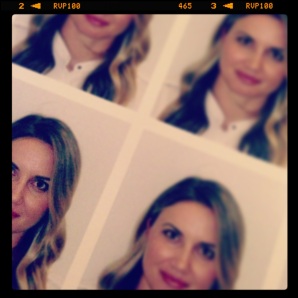 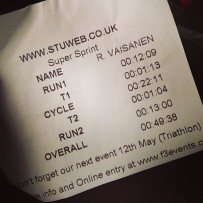 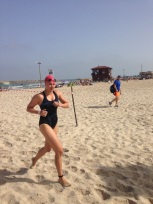 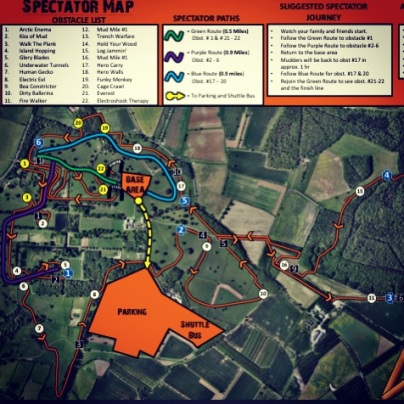 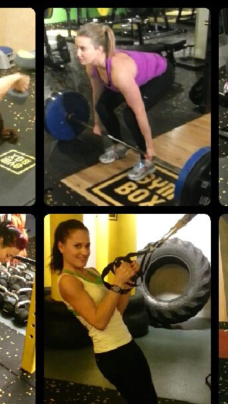